The Queen and Windsor

The Queen and Windsor showcases Gill Heppell’s photographs of Windsor and of Queen Elizabeth II and is introduced by Hugo Vickers.

The Queen was associated with Windsor throughout her life and reign.  She stayed at Windsor with her grandparents, King George V and Queen Mary, for Easter every year from 1928 to 1935, and she and Princess Margaret spent most of the Second World War there. Windsor had a special significance for The Queen and Prince Philip: they stayed at the Castle for weekends, for the Easter court, Ascot, and other times of the year.  They settled there for the Covid-19 pandemic and Windsor is now The Queen’s main residence.

The Queen and Windsor showcases local photographer Gill Heppell’s remarkable photographs of Windsor – of the Castle, the Park, the town and St. George’s Chapel – and never before published images of Her Majesty The Queen at events in and around the town.  The book also includes a chapter of photographs and commentary on the Platinum Jubilee celebrations, in June 2022.

The book is introduced by an essay by celebrated Royal historian, Hugo Vickers, on the history of The Queen’s relationship with Windsor.  The photographs are also accompanied by contributions from key Windsor figures: Sir James Perowne (former Constable and Governor of the Castle), The Right Reverend David Conner (Dean of Windsor), Charlotte Manley (Chapter Clerk, College of St. George), Peter Wilkinson (The Queen’s Cameraman), Terry Pendry (Her Majesty’s Stud Groom and Manager), Paul Sedgwick (Deputy Ranger of Windsor Great Park) and The Reverend Canon Martin Poll (Domestic Chaplain to The Queen and Chaplain of The Great Park). 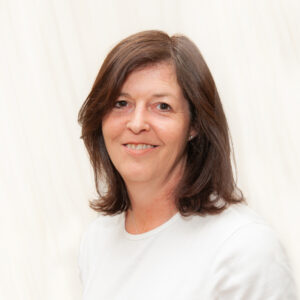 Gill Heppell is an experienced photographer, specialising in townscapes, landscapes and portraiture. She is originally from the North East, but now lives and works in Windsor. She has photographed both the beauty and scale of Windsor and has had the privilege to photograph many Royal events. She adopts a cinematic and atmospheric approach to her work. www.gtp.photography

Hugo Vickers is an accomplished Royal historian and has been involved with the life of Windsor since he went to school at Eton in 1964, when he first became involved with St. George’s Chapel. He has been Captain of the Lay Stewards of the Chapel since 2014 and has written its History, and he has been present at key Windsor moments, through his work for Windsor charities, the Windsor Festival, Jubilees and as Chairman of the Commonwealth Walkway Trust.  He is the author of a number of bestselling and authoritative books on the Royal Family.
www.hugovickers.co.uk