‘A heart-breaking story of a thoroughly nice man who finally could not win.’  -JULIAN FELLOWES

In Dumble Tom Sackville sets out to understand the peculiar life of his father, the 10th Earl De La Warr, known as ‘Dumble’.

On the afternoon of 9 February 1988, Tom Sackville’s father, Billy (10th Earl) De La Warr, affectionately known to his family as Dumble, went down onto the platform of St James’s Park underground station and threw himself in the path of an incoming train.

In Dumble Tom Sackville sets out to understand the peculiar life of his father. He explores Dumble’s eccentric ancestry, dysfunctional upbringing, unusual choices in his army, industry and political careers, often uncomfortable marriage and the problems that plagued him throughout his life and ultimately led to his death.

The result is a touching and unique portrait of a father by his son. The reader follows Sackville as he attempts to make sense of his father’s beliefs, decisions and tragic ending. 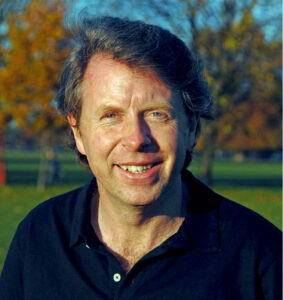 Tom Sackville was born in 1950, brought up at Buckhurst in Sussex and partially educated at Eton and the universities of Madrid and Oxford. He worked as a banker in New York, Munich and London before entering politics, representing Bolton as a Conservative MP from 1983 to 1997. He was a government whip under Margaret Thatcher and a minister in the Department of Health and the Home Office under John Major. This is his first book.