The first full and comprehensive biography of Norman Hartnell, written with access to previously unseen sources: a portrait of the often troubled life of the Queen’s dress designer who came from humble origins and dazzled Royalty, aristocracy and film stars alike.

The first full and comprehensive biography of Norman Hartnell, written with access to previously unseen sources: a portrait of the often troubled life of the Queen’s dress designer who came from humble origins and dazzled Royalty, aristocracy and film stars alike.

Norman Hartnell was a figure whose talent and designs were celebrated worldwide, and his status as Britain’s leading twentieth-century designer was augmented by his unique position as Royal Dress Designer to three Queens and the many ladies of the Royal Family.

Hartnell’s decades of design accomplishments were formally recognised by Queen Elizabeth II, who made him KCVO, the first ‘fashion’ Knight, during her Silver Jubilee of 1977. Yet, behind the facade of a glittering existence, Hartnell suffered privately from a mixture of personal misjudgements and poor management crises that plunged his House to the brink of financial ruin.

Michael Pick’s engaging biography charts the vicissitudes of Hartnell’s life, drawing on hitherto unpublished sources. It follows the designer’s humble beginnings as the son of a London publican and his meteoric rise as a British couturier steadily rivalling Paris designers. 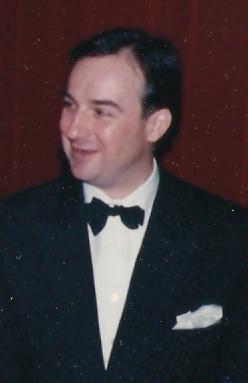 Michael Pick, Fellow of the Royal Society of Arts and formerly an exhibitioner in history at Gonville and Caius College, Cambridge, is the author of seven books on design and the decorative arts. A founding committee member of the Twentieth Century Society, a British preservation group, he has contributed to numerous publications, including The Times, The Daily Telegraph, The Independent, Apollo, The Connoisseur, Tatler, Harpers & Queen and Vogue.

Michael has worked with fashion PR Percy Savage and was responsible for the renovation of the famous Mayfair art moderne Norman Hartnell salon. He has lectured about Norma Hartnell at the Victoria & Albert Museum, aboard the Queen Mary, and at the Chichester and Oxford literary festivals.

He lives in Ramsgate, Kent and in Maida Vale, London.

We use cookies to ensure that we give you the best experience on our website. If you continue to use this site we will assume that you are happy with it.OkNo
Revoke cookies